Abstract Background : Postpartum maternal health services are health services for postpartum mothers according to standards. Based on the results of the preliminary survey conducted at BPM Tias Susianah on average every month, the number of deliveries was 95 people and from the results of the prasurvey conducted on 25-27 February 2018 of 10 post partum mothers there were 7 post partum mothers who said mothers had not ever consumed pineapple juice both from pregnancy to the puerperium. The purpose of the study was to know the difference in the decline of Fundus Uteri height in postpartum mothers who performed Early Breastfeeding Initiation (IMD) and IMD and given Pineapple Juice at Tias Susianah BPM North Lampung in 2018. Method: This type of quantitative research with Quasi Experimental design is nonequivalent control group Design. The study population of all primiparous postpartum mothers was 946 postpartum mothers who gave birth normally with an average of 78 postpartum mothers per month, with a sample of 34 purposive sampling techniques. Data is taken with an observation sheet. Univariate data analysis and bivariate t test (t-test). Result: The results of the study showed a decrease in TFU before and after being given intervention in the case group with a significance value of P = 0.000 (<0.05) and t = 44.1. There was a decrease in TFU before and after the intervention was given to the control group with a significance value of P = 0,000 (<0,05) and t = 57,176. There was a difference in the difference in TFU reduction between the experimental and control groups as seen from the average difference in TFU decline in the two groups. The mean TFU reduction in the experimental group was 7.78 cm and the mean TFU reduction in the control group was 6.95cm with a mean value of 0.83 significance P = 0.000 so it can be concluded that there were differences in TFU reduction in the experimental group and the control group. Conclusion: It is expected that Puskesmas can participate in providing counseling to post partum mothers to consume pineapple juice as an alternative to accelerate the healing or recovery process and minimize consumption of
pharmacological drugs 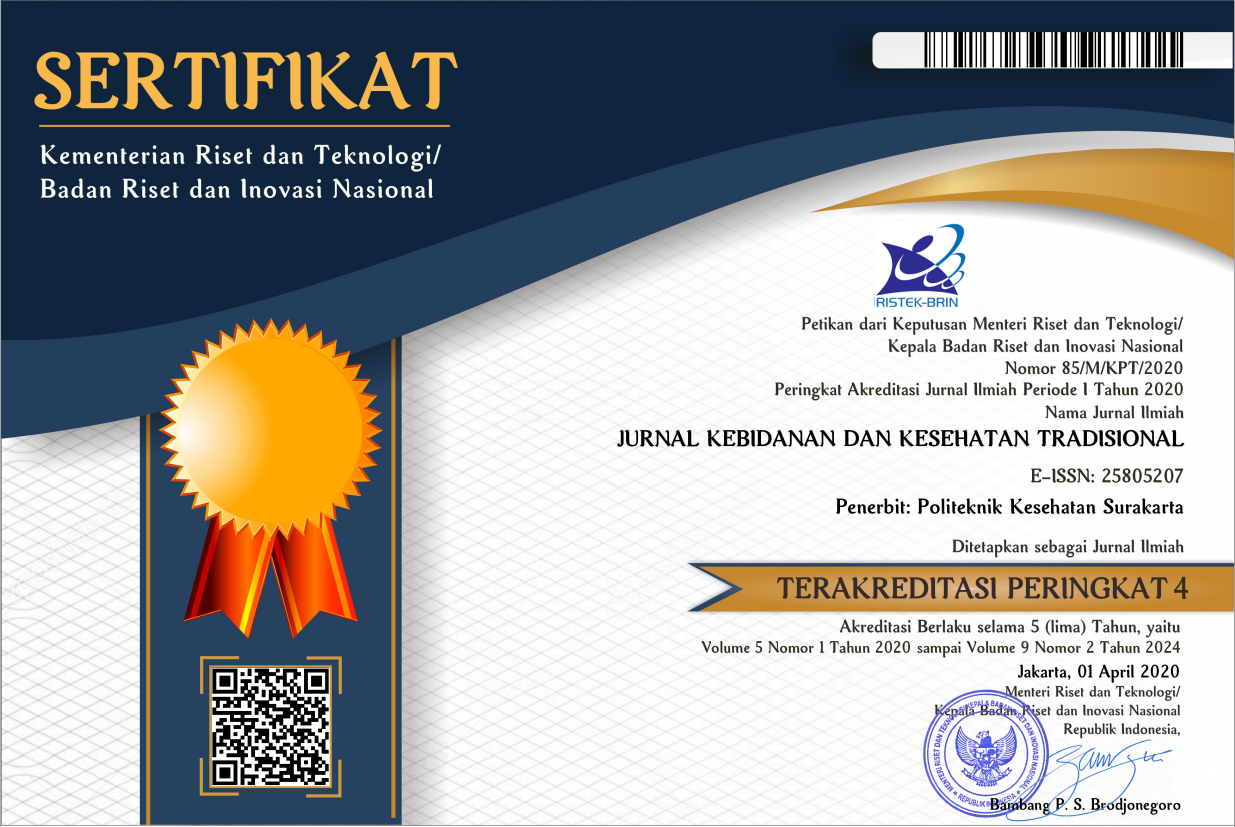